Phora - In My Eyez


***Phora***
He just wanna be recognized by the OGs
And spray paint in the alleyway while he smokes weed
Middle finger up like, "Fuck the judge and the police"
Runnin' through the streets late nights, so we don't sleep
He went to work, stashed his Glocks, said, "Look out for the cops"
All he ever knew was the streets, always out on the block
As he pours a little liquor for his homies to pass
He starts to wonder how long it'll last
He never pray to God 'cause he ain't get no answer
All he feels God did was give his grandma cancer
Only faith he had left was his Glock 9
Hustled on the corner, tag his name on the stop sign
No mercy for his enemies
Agony and ecstasy
The only thing that ever made his heart warm was the Hennessy
He sipped from the bottom until the last drop
And he says, "Sorry mama, but I just can't stop, I can't stop," look


***Phora***
Yeah, he ran the streets stuck in one time
R.I.P. tat for his homie who just died
He done went to 16 funerals by 17
One his 18th birthday all he needed was one 9
With 20 in the clip, that's how you survive in the streets he was from
Only way to stay alive just tryna see 21
For his homies, he'd ride for 'em
His homies, he'd die for 'em
Ain't scared of death 'cause he knows eventualy it'll come
Flowers and candles, filled a memorial on his street
In memory of his boy that got shot last week
He left behind two little girls
He had a family - they'd gather here every night in hopes that God might speak
The whole time he had - murder on his mind
All he thought was payback and loaded up his 9 and
Got with his boys, and he hopped inside the whip
Went to an enemy spot and started shootin' out the ride and
It's hard to say if it's wrong or right
And now he's behind bars with a case to fight
'Cause in the end, nobody wins
No matter what situation, it's never your job to take a life


***Phora***
I had to visit you 'cause your moms don't wanna see you this way
I pray to God every night to fight your demons away
I just feel like I'm losin' you, homie
Can't you see what they doin'? They just usin' you, man, they foolin' you, homie
The streets don't love us, man, they never did
Always so worried 'bout death that we can't ever live
See, the streets got you brainwashed, they fuckin' with ya head
That's when he looked at me and said
"I lost my only two brothers to the streets that I rep
Besides, my mom is the only fam I really got left
The only family I ever had
They treated me like a son, I ain't have a dad
See, the streets taught me loyalty, respect, and how to live by a code
They never taught me no different, this is all that I know
Even though your pops was crazy and he wasn't always there
Even though he made mistakes, homie, that motherfucker cares
See, I can't say the same about mine, homie
Really I could give two fucks if he died, homie
After the way that he beat my mother, he ain't never love us
That motherfucker's already dead in my eyes, homie"
I told him, "A real man stands up on his own
And doesn't need a fuckin' gang to have his back 'cause he's grown
I know you think nobody cares, but man, that ain't true
Your mom's already lost two men, she can't lose you
You think these cats would do the same for you?
Think they'd take the blame for you?
Think these motherfuckers would put they family through pain for you?
Where is your hood at when it's all said and done?
You ain't pull a trigger when that bullet shot from that gun
Takin' the blame 'cause you don't wanna snitch, dog, is you dumb?
Takin' care of your moms makes you gangster, not where you from
Dog, is you dumb?
Takin' care of your moms makes you gangster, not where you from"
He said, "It's kill or be killed, understand that shit
I got accessory to murder, dawg, they planned that shit
How dare you come visit me and act like you better
Motherfucker, we from the same place, I can't stand that shit
You always preach God, but do you really believe in Him?
If we all sinners, man, what the fuck do we mean to Him?
Either He don't exist or the Devil is beatin' Him
When my grandma was down, where was God when she needed Him?
You can go your own way, but this the life for me
Don't call, don't visit, and don't write to me
We all sin, you know better than the next man
You ain't God, you can't tell me what's wrong or right for me
Some people meant to win, I was meant to fail
Some people meant for Heaven, I was meant for Hell
Some people meant to live and be free, but not me
Been in this system since 7, I was meant for jail
I guess nobody is perfect
Tell my mama, I'm sorry, but there's no way to reverse it
I guess nobody is perfect
Tell my mama, I'm sorry, but there's no way to reverse it..." 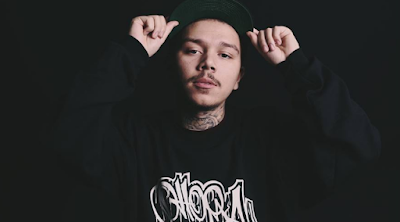