***Big Boi***
Get mad when a nigga wanna take that knee
But they clap when he catch that ball
These cats nowadays straight pussy I see
They scrap but ain't got no paws
Law break an oath, take his jaw
The biggest liars of them all
I set fire in the mind and the hearts of the men
That wanna clap but it pop off
No excuses, all applause, revolution, all the soft
Restitution ain't solution for the lives that have been lost
By the time you hear this song
There'll be plenty niggas gone
Talkin' 'bout six feet under grass
While the killers be at home
Now my dealers keep that chrome
And my pimp niggas keep them hoes
I'm gon' keep on pushin' this pen
I don't write on no iPhone
Alright, alright, I'm old-fashioned
But my style cannot be cloned
Timeless classics on you bastards
Jedi rap shit all day long

***Killer Mike***
Rollin' in the coupe, jammin' Dre and Snoop
Niggas know that I'm movin' through the hood
In my, in my, in my hoopty-hoop
Fuck around nigga, I might shoot
Get your ass spint the fuck around like a Hula-hoop
I play the block in a foolish coupe
Ooh, tell 'em, fella; ooh, tell 'em, fella
Them pussy niggas are hella jealous
They hella yellow, they hella yellow
They talkin' tough but they Mellow Yellow
You catch 'em slippin', what's happenin', fella?
Watch they ass go Helen Keller
Can't hear, can't see, can't tell a fella
Lord have mercy, I done prayed
So many days for y'all to try
I've been waitin' to buy ya flowers
Send 'em to your mama, let her cry
I bought a new AK today
And I'm so happy (I'm so happy)
I might bust it on you bustas here in traffic

***Kurupt***
I'm terrible
Words that I spill
Will lift niggas out of graves while I kill at will
Frozen like ice cubes, chipped like bricks
Two to your chest, five to your hip
.30 to your homies, everybody left
I understand exactly why he shouldn't fuck with us
I looked at the homies, like anybody else
Fuck saving ya homie nigga, you need to save yourself 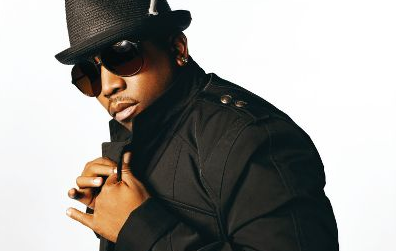