***Vince Staples***
Crabs in a bucket
Wanna see you at the bottom, don't you love it?
When they're hatin' so you hit 'em with the encore
Sendin' shots but you at the top floor
Let 'em pop shit, give me some drums to go pop with
Need white women at the shows unconscious
If not that then topless, earned all this
Get with that or get in the moshpit
Where's your moxie? Ain't you from Poppy?
Young man, you not actin' too cocky
Prolly 'cause I'm feelin' like the world gon' crash
Read a hundred somethin' on the E-class dash
If I'm feelin' funny, guaranteed gon' flash
Cock back, blast, put 'em in a bag
Prolly gon' regret it in the retrospect
Got a lot of problems I ain't let go yet

***Vince Staples***
Spend a lot of money on the CDG
Ain't I lookin' lovely on the TV screen?
Battle with the white man day by day
Feds takin' pictures doin' play by play
They don’t ever want to see the black man eat
Nails in the black man's hands and feet
Put him on a cross so we put him on a chain
Lying to me, sayin' he don't look like me
Rollcage on the GT3
How a show on stage like a DVD?
Put me in the MoMA when it's over with
I used to look up to the sky, now I'm over shit 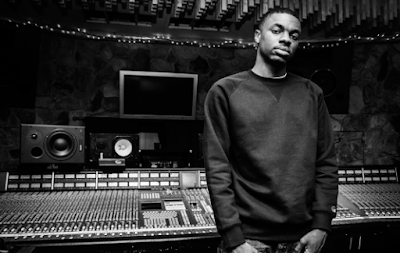