***RiceGum***
I can tell that you came with the Disney flow, ayy
Ain't nobody ever heard about your Disney show, ayy
Got a bitch that remind me of my cereal
From Britain, when I see her, I'm like "cheerio"
Yeah, Alissa called asking me if we could win against Jake Paul (what)
I said, we Gucci like the shirts with the snakes on it
I just heard the song, Team 10, now I hate ya'll
Logan, that will be your last hit like an 8 ball

***Alissa Violet***
Nah, wrong Paul, yeah it's Jake
Like from State Farm
Get girls, but the hooker said you paid for it
Me and Rice in a house with like eight floors
Ride your brother's nuts, you're a squirrel for his acorn

***RiceGum***
Ayy, you got girls? Where they at? Are you serious?
Ayy, didn't see 'em, like George, I'm just curious
Ayy, Alissa said you cum fast, like the Furious
Diss tracks, you are my reflection like a mirror is (hooyah)
Wanna flex on my wrist, I put some ice on it
I'll ain't wanna make her wet, then maybe put some rice on it
Talk shit, now I'm on your head like some lice on it
Heard that you used to bully kids back in high school (ooh)
Second part for the kill that's what Rice do (ooh)
Hit it twice this ain't Insta, I don't like you
Gotta put this rice in this beef like some Thai food
You ain't got no bars, no flow like a lake do (shit)
Rented cars and the Rollie lookin' fake too
Let's go back to the bully thing listen here
Was it back in middle school or was it senior year (what)
Didn't think you'd get caught like an interference
Pick on others just to hide the fact you were insecure
How you think they felt when they went home and they were dripping tears?
You cheated on a good girl, Tessa's hideous
And then you went and got a big head like you Phineas 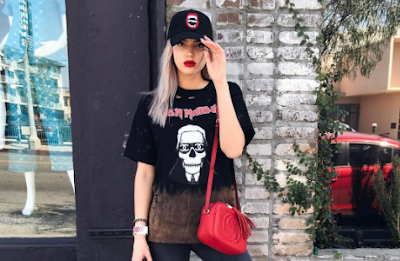